Windows Phone is the third leading mobile platform in the market today, although I must say that quite far in terms of numbers above their rivals. There seems to be a plan B that have qualified for the Microsoft operating system to work in the future with Android applications.

Microsoft has an effective commitment to its users in terms of closing the gap on different platforms in the number of applications on Windows Phone, being in these times of 527,000 which are available in the Windows Phone Store, you still have 340,000 the that are available for mobile devices. No doubt that when compared to the 1.3 million applications on Google Play or iTunes, they remain quite short.

One way in which Microsoft wants to narrow the gap with the other platforms is to give support to Android applications to run seamlessly on Windows 10, the next version of its mobile platform. It will be the way to create universal applications, an operating system that aims to bring together the worlds of smartphones and tablets, and even computers.

This is intended to attract new developers and create a user experience much more complete. Developers can see much open market by not having to create many versions of their applications, and to focus on Android, so that later the current Windows Phone users to enjoy their work. No official confirmation, but it seems to be one of the possibilities that Microsoft is plated.

Do you like to chat on BBM, Line or whatsapp? If you often chat on BBM, definitely a time you ever see the name of a friend or a BBM friends status update with funny letters? How do I make BBM status updates or display name with the cute emoticon?

To change the name in the BBM or write status updates with cute and unique font, you do not have to change the font on your Android phone. All you need is an application that can automatically replace the text with funny and unique font. 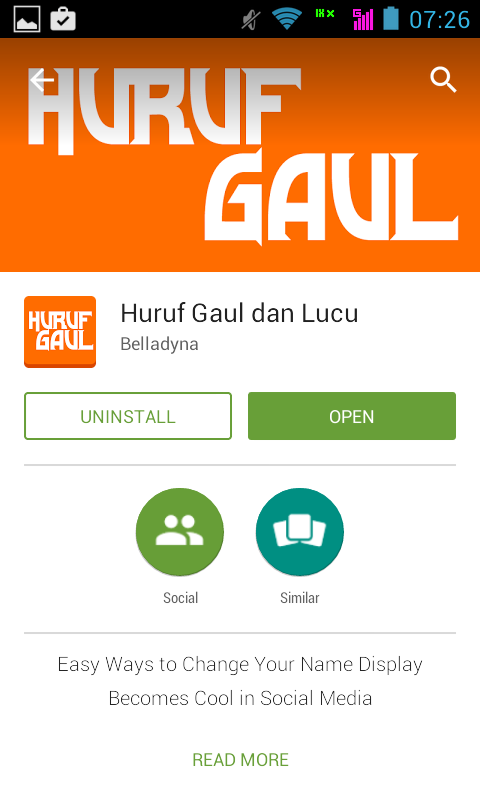 Application Huruf Gaul will be easier for us to change the text with funny emoticon, so that we can easily write the name or status update on BBM using cute font.  This application can be downloaded from the Google Play Store, directly from your Android phone.

In the network appeared a beta version 10.3.0.1418 for BlackBerry 10  smartphones The release is shown to be also for models sold in Europe. To go back to the model we are using is sufficient to go to ‘Settings – About’ to verify that the BlackBerry is 10.

Download Firmware BlackBerry 10 – 10.3.0.1418 beta version available for BlackBerry Z10, Q10, Q5, Z30, Z3 and Passport. We ask you to be very careful in proceeding with the upgrade. We suggest always a full backup of your handheld to save your sensitive data can be restored when something goes wrong in the update. It’s always good to remember that installing beta firmware provides void the warranty on your BlackBerry smartphone. However, guarantee that you regain reinstalling the original firmware version.

To install this version of beta firmware we have:

Since this is beta firmware unofficial weigh up what to do first.